Root Shoot Leaf - Dustin J Monk
Dustin Monk is a writer and a musician. He lives in Chicago. www.tintincan.com

How to Live Safely in a Science Fictional Universe, the debut novel by Charles Yu asks many questions - about the past and our memories of the past, and who we are and who we are meant to be and who we turn out to be - but the fundamental question at the heart of this father-son time-travel story is: do we ever learn anything about ourselves?

The protagonist/antagonist is the author himself, or a representation of the author, just as you or I are representations of ourselves in our own memories and even in our own futures. Charles lives in Minor Universe 31, a half-completed universe that also leaves its inhabitants feeling incomplete themselves; in a sense, it isn't so different from our own universe. In MU31, people use time machines not to change the past or anything like it (in fact, to do so is a pardoxical impossibility - "The universe just doesn't put up that," writes Yu), but instead use time machines to relive moments from their past they were unsatisfied with in some way, in the hopes of learning something from these memories. Yu is a time machine repair man, the kind of guy who helps people who've gotten themselves into trouble using their time machines (i.e. running into their former selves; trying to change an event from their past, which inevitably causes an alternate timeline for the user, one in which everything seems to be the same, but isn't and never was). In his tiny box, where he's spent the last 10 years, Charles has a nonexistent retcon dog named Ed and a mopey, depressed computer, TAMMY, whom Charles is in love with but won't admit to himself.


We learn early on that Charles' father, one of the early inventors of the time machine, has been lost in time for about 12 years. The story delves into Charles' memories of his father and the invention of the time machine and the narrator's attempt to locate his father in the past. In this way, Yu, the author, and Yu, the narrator, examine the ways in which our dreams of the future are rooted in the memories of the past and how those very same dreams have the potential to fail us; how sons have the ability to hurt their fathers and vice versa; how each of us can be utterly oblivious to the tower of neglect we have for the ones we love most.

The book will break your heart and give you a sense of the impact we have on each other (particularly fathers and sons, but also mothers and sons and husbands and wives), but, for all that, How to Live Safely isn't a sad book. The easy, sometimes humorous, voice of the narrator saves it from over-sentimentalizing the heavy subject at the book's heart; and the time machine conceit - a conceit most authors flub (read: plot-gaped holes, ridiculous inconsistencies in timelines, and general complete nonsense) - really works because of Yu's simple, clear language.

If there's one flaw in this magnificent story, it's a minor stylistic one and it's this: the narrator occasionally lets his voice run away from him. Every now and then, a sentence will run on for a page or two and, though this stylistic choice is most times used to humorous and heartaching effect, there are times when the point Yu was trying to make gets lost.

At its finest, at it usually is at its finest, How to Live Safely, is a book about what it means to be human, to be ourselves. Whether or not the narrator learns anything about himself - maybe he does, maybe he doesn't - doesn't matter. In the end, all that matters is that we do.

Not a fan of summertime because of short sleeves. If I could, I'd wear my autumnal jackets year round, but in summertime you look like a heroin addict. Blast it!

random pic of the week

here it is, the random pic of the week: 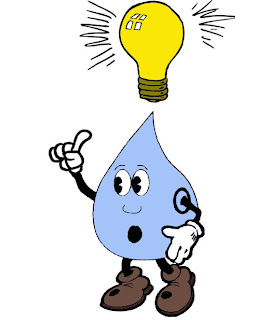 Where to begin with the mess that is Congratulations, MGMT's sophomore effort? Baked in 70s and 80s cookie dough, these little nuggets are overflowing with ideas; psychedelia burning at the edges. It's a full-on embrace, the kind where you bend your leg just slightly, of folk-electronica. This is a good thing, sometimes, and a very very bad thing at other times.

The success of MGMT's first lp, Oracular Spectacular, hinged on tasty, wicked tracks like "Kids," "Weekend Wars" and "Time to Pretend"--beautiful and danceable synth morsels. The second half of that first record lacked the intensity of these tracks and opted for a more down-home, folksy approach. Fine. I respect a band who breaks a record in two. You know: side one is like this, side two is more this. It worked, for the most part, on Oracular.

What's happened on Congratulations, however, is far more ambitious: the marriage of wondrous dance synth-rawk and folk-electronica. David Bowie pulled this off now and again. MGMT really really wants to, but instead of coming off inventive, reworking song structures past the breaking point, a lot of the record sounds like Deep Breakfast's "Celestial Soda Pop."

I hate to even call these nine songs songs. The erratic first single "Flash Delirium" kind of says it all: here's a moment now it's gone, here's another, say goodbye, zoom zoom, boom, it's over, next, wham. It's frenetic, it's chaotic, it's abysmal to listen to.

Okay, I'll tell it true: there are some gems here. Like the songs themselves, though, the gems are only moments, glimpsed in a flash of brilliance, and gone. Like the weirdly affecting "Lady Dada's Nightmare." The keys place a gentle melody that builds slowly until the drums kick in and somebody or something howls. Very Meat Loaf, guys. Or album closer, "Congratulations," which does nothing special and does it well: it's the simplest, least musically wigged-out song on the record.

Congratulations certainly doesn't suffer from the oft-mentioned "sophomore slump." There're more ideas here than you can shake a stick at. Problem is there's no ground to hold the songs down. All the great ideas lumped into the record float away like someone cut up a picture of David Bowie and blew the shreds from their cupped hands into the windy Pacific.
Posted by Root Shoot Leaf - Dustin J Monk at 6:52 PM 1 comment:

On a whim, thanks in part to my girlfriend's say-so and my best friend's get-on-it, I applied to the 2010 Clarion Science Fiction & Fantasy Writers' Workshop in San Diego this June-Aug. Can't really say what I expected, but was certainly ecstatic to find out I'd been accepted. Cue dance of joy. In the application I sent the folks at Clarion two short stories. The first is called "A Bagatelle for Sugar" and the second, "Exodus." I may post them later. Look out!

Anyway. Here ends my first post as a blogger. I'm new to the game. I thought it was going to be like jogging but my feet don't hurt yet. Goodnight, kids.
Posted by Root Shoot Leaf - Dustin J Monk at 8:21 PM 2 comments: